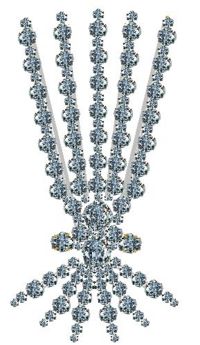 A chelengk (Turkish: çelenk) is a decoration of the Ottoman empire. It was a turban ornament consisting of a central flower made up of sixteen petals with leaves and buds. The stalk of the flower is tied by a bow, and above it are thirteen rays representing the ships captured at the Nile, which originally vibrated as the wearer moved. It's presentation was considered a high honour in the Ottoman empire.

A chelengk was awarded to Horatio Nelson by Sultan Selim III in honor of the Battle of the Nile in 1798. The Captain of Bezaid is also a recipient.