Difference between revisions of "Sharpspitter" 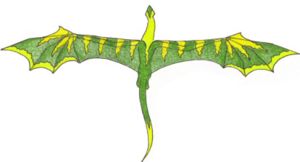 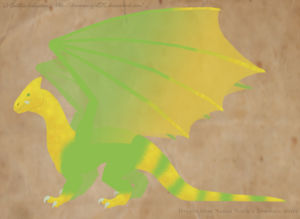 An ancestor to contemporary breeds of acid spitting dragons. Native to Britain, the Sharpspitter produced a venom that could incapacitate its prey.

Sir Edward Howe considered the Sharpspitter too small and low-flying to be of value as a fighting dragon. However, a intensive cross breeding program using the Sharpspitter, the French Honneur-d'Or and the Russian Ironwing eventually produced the Longwing, a larger breed with a much more powerful acid.